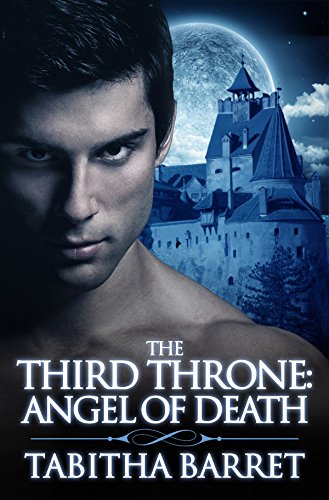 Book: The Third Throne - Angel of Death by Tabitha Barret

Anjali must search for the first of her Predznak, or Harbingers. Alazar, the Angel of Death, is the former leader of the Predznak, who is close to succumbing to the darkness growing inside of him and becoming a Rogue Angel. He has been tasked with tempting the mortals to choose between the sins of committing murder or suicide, or choosing Heaven. Sadly, he has lost his way and is pushing the mortals past their limits, condemning them to Hell.

Anjali decides to look for Alazar after a dream she had of him alone and cold in the countryside. She is drawn to him and is obsessed with finding him. The problem is Alazar has vowed to kill Anjali for not claiming him and the other Predznak sooner.

When Anjali finally finds him, she is not met with open arms. Alazar is so lost to his own temptation that he wants no part of her. Things become deadly when a group of Paranormal Investigators called, The Spirit Experts, are used as pawns in their fight. Anjali must befriend the Spirit Experts to keep them safe. Sparks begin to fly as Anjali falls for one of the mortals who she is trying to protect.

I loved writing this book and feel that it's my best work to date. I am very proud of Angel of Death. I love writing for Alazar and the other new characters. I am finally able to bring my characters out of Hell and play with them in the Mortal Realm.

While this is technically a steamy romance novel, there is so much more going on. There's action, fighting, and peril. Not everyone will survive in this book and not everyone will have a happy ending. I know that the reader will be excited to get to the next chapter to find out what happens next!

The themes of love, loyalty, and duty are prevalent in the book, as well as abusive relationships. I feel like this book has a lot offer for different types of readers, not just romance readers.

Video: The Third Throne - Angel of Death by Tabitha Barret