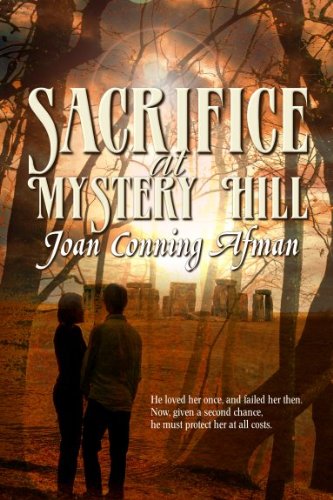 about this book: Mystery Hill, an actual 2000 year old site in Salem, NH, reminded me of Stonehenge in England, because of the legends which had come down through the years about it. I wanted to write a reincarnation romance in which two people had loved each other in the early days of Mystery Hill ... their love had been doomed, and so two thousand years later Life gave them a second chance. homas and Chloe are college students who somehow 'know and recognize' each other on sight, and have to work out their second chance to be together against an ancient enemy. A light touch is provided by Thomas' hippie grandmother, Ivy, who has a few psychic powers of her own, and also makes a mean margarita! These two young college students are drawn into a faux Druid group--which seems like a fun idea at first--and quickly becomes not only dangerous, but a threat to Chloe's life itself. Thomas, who failed to save her in a similar situation two thousand years ago has been given a second chance to save her, and must test his courage, and the love he has cherished over the centuries.