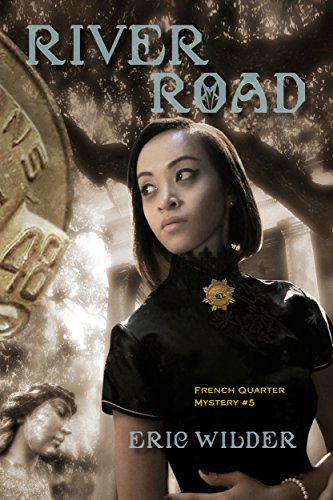 about this book: When paranormal investigator Wyatt Thomas becomes involved in a fifty-year-old cold case he and Lucy Diamond, a mouthy TV reporter are forced to go on the run together. As Wyatt watches, members of a mysterious cult murder his new client but not before he's given a sackful of cash and a single clue - a solid gold Carnival doubloon from the 1948 Krewe of Rex. Wyatt and Lucy follow a dangerous path through haunted cemeteries, the backstreets of New Orleans, an abandoned top-secret experimental C.I.A medical facility in the city's hospital district, and finally to a dark and mysterious plantation on River Road. Mile-a-minute action and thrills, and a mystery you won't solve until the final eventful scene.

River Road is based on an actual, unsolved murder case that happened in New Orleans more than fifty-years ago. The case involves the assassination of John F. Kennedy and the possible complicity of the founder of one of the city's most prestigious medical facilities.

Other books by Eric Wilder