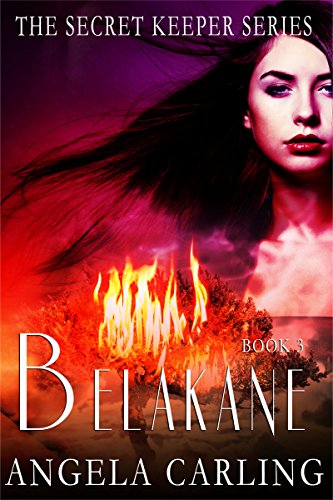 about this book: Belakane, The Origin of the Secret Keeper curse, is the origin story for the super-suspenseful, paranormal Secret Keeper series. This book was amazing to write because it takes place in the US in 1692 during the Salem Witch Trials and I spent a lot of time researching the history of this tragic era! It was a time religious and social conflict when everyone was terrified of witch craft.

Belakane, the main character(a witch), lives in Salem and her best friend, Martha(a mortal) who is accused of being a witch! To protect a small group of people who know about her paranormal power, Belakane creates an enchantment. But, things don't go as planned and her mortal friends are seduced by the power they temporarily hold.

Mortal or Magical, this story is a glimpse of a controversial time in history, and a gut-wrenching test of what happens when magic is given to humans. Oh, and of course, Belakane's story is the story of the creation of the Secret Keeper Curse.