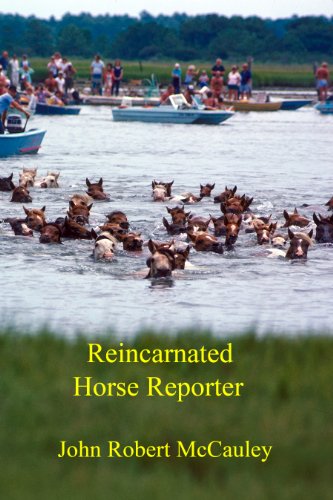 about this book: When you think about Virginia, you think about Washington and Jefferson, the civil war, government employees, military bases and horses. On almost every weekend during the year, there is some kind of horse event going on in Virginia ranging from fox hunts to steeplechase races. On the other hand, far down on the list is the Edgar Cayce Institute in Virginia Beach. Mr. Cayce became famous for the publicity given his prophecies and for his clairvoyance. The Author visited the Edgar Cayce Institute several times and noted hundreds of readings for healing the sick and interpretation of dreams. Mr. Cayce obviously had psychic abilities.

In several of his readings, Mr. Cayce mentions that the spirit and soul of a person are separate from the body and waft through the times. In this regard, The Division of Perceptual Studies at the University of Virginia has researched the paranormal phenomena in children, who have detailed memories of a previous life, which could only be known from another spirit or soul. The Author is Catholic and does not believe in reincarnation, but believes that there is good and bad spirits in the real world that influence people. In this story, an investigative reporter for the Richmond Times-Dispatch and the spirit and soul of a deceased friend take the readers on a twisting ride through Virginia's horse country.