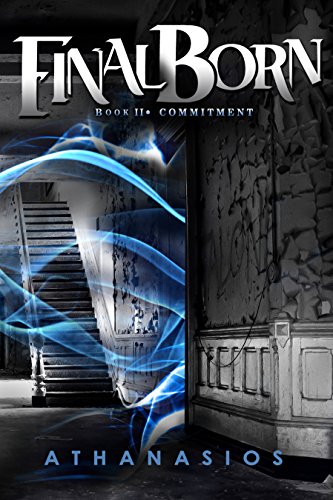 about this book: This book continues the story of the Antichrist rejecting his destiny and becoming both Savior and potential Enslaver of the World. In this installment we follow Adam as he deals with the horrific events in Mad Gods and holds fast to his refusal to follow Revelation. He is sorely tempted to accept his fate when Melusine Rothschild, a grande dame of the Black Nobility, shows him compassion and acceptance. Suddenly the life his adopted father said was the ruin of the whole world might not be what he made it out to be.

I was inspired to write Predatory Ethics from my interests in history, alternate history, conspiracy theories and the occult. I'd been reading all sorts of fantastic and incredible interpretations of the past and the powers that supposedly and secretly rule our worlds that I wanted to present them as modern myth.

Primary readers of my books will be adults who like historical fiction and the occult, conspiracy theorists and free thinkers who distrust the accepted version of the past.

The primary storyline took over 10 years to write. It's now into its second installment which only took a paltry 6 months.

The primary title of the whole series Predatory Ethics is a bastardization of the Golden Rule. In my research, I discovered that the ceremonies and symbols associated with evil were the opposite of the accepted ones associated with good, i.e. the inverted cross and Black Mass being the Catholic Mass said backwards. So I took the Golden Rule of "Do Onto Others As You Would Have Them Do Onto You" and I decided that it would be striking to call it Predatory Ethics, the strong preying on the weak and change it to "Do Onto Others Because You Can."

Commitment has multiple meanings. In the first sense it is literal as Adam spends half of the book in an psychiatric asylum, recovering from the loss of his father and hell's minions constant pleading for attention. The other is Adam's commitment to hold fast to the promise he made in Mad Gods and not blindly follow Revelation.

I am graphic artist/illustrator by primary profession so I created different covers but chose this one because it was enigmatic and drew the reader in while at the same time showing its occult and horror roots. Previous tries were too enigmatic and confused the reader or too specific and horrified them.