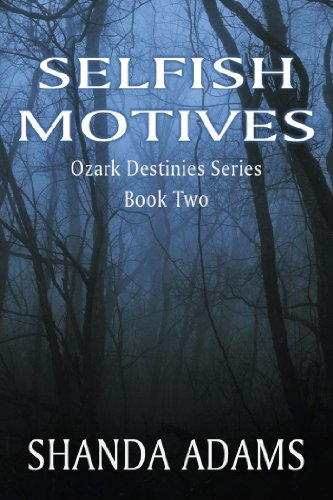 about this book: I started working on this series in February of 2009, wanting to create a different world of vampires, a different means of becoming one, this being the type of stories, the other paranormal book series, that I've been drawn to reading. Culling various attributes of vampires from folklore over the centuries and from around the world created characters with a range of abilities. And by including shapeshifting, I was able to make this an underground society that was more at war with itself, with one other, than a need for the more typical vampire vs. werewolf scenarios I've read in order to create an enemy. Book three does, however, bring in to play another type of paranormal being, other supernatural elements.

When I began this series, it wasn't with an ending in mind; in fact, I always intended it to open-ended, and maybe more accurately described as a serial than series, an on-going story with uncertain fates leading the reader on to the next book. I've read series that are self-contained 'episodes', resolving a danger or trial at the end with a whole new adventure in the next book, as well as those that leave some questions, some things still to be resolved, but find I really get pulled into latter, look forward to a whole other book's worth of involvement in the characters' lives. The best stories are the ones you're sorry to see come to an end, however satisfyingly, simply because you wish you could read more about the characters. Being cliff-hangers, to some extent, I wanted to be able to release the books just months apart, rather than a year between, as is often the case especially with physical books, and by self-publishing ebooks, have been fortunate to have that option and ability.

With four books written, to date, lately I've been considering wrapping up loose ends in book five, making further books stand-alone adventures; the story line and inevitable future wars will always allow for one more book in a long running series. And hopefully my readership will have also have found 'friends' in the characters, as I have, that they'll want to keep up with. Given the five star reviews the first book, Once Awakened, has been getting, I'm happy knowing at least that I've brought a few hours enjoyment into some people lives.