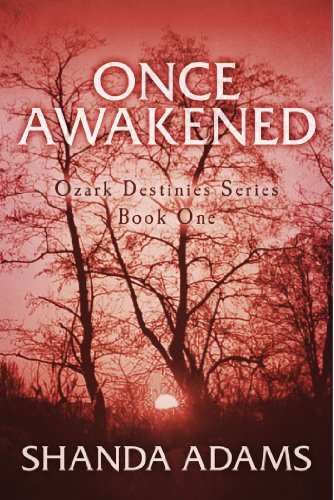 about this book: I've been writing for decades, with twelve stand-alone novels I never seriously tried to have published; considered them my education, developing my 'voice'. When I decided to write a paranormal fantasy series, it was with every intention of publishing them, whatever it took. I also wanted to create a unique world of vampires, the means of becoming one and abilities they possess. A different take on vampires is what drew me in and made me fall in love with a number of young adult series, and this is what I'd initially thought I'd write. But not wanting to get into any high school drama, I decided to go with a heroine who was in her late twenties, divorced, out on her own and with a good idea of what she wanted out of life. Then have her whole world get turned upside-down.

At the same time, a number of the characters were awakened in their late teens, early twenties. I realized this might make marketing of my book more challenging, that it might not so easily fit a niche. I've been fortunate in having friends (and their friends it got loaned out to—female and male, to my surprise), aged 18 to 80, review a final draft of the book and finding it appealed to all ages. It took me about a year to write the first book, the second in only four months. I got so caught up in the storyline, it seemed to write itself and I happily spent eighteen hours a day at the computer. I didn't want to try marketing it before there were two, or more, completed, showing I was capable of producing a series.

At this point, open-ended, as I am working on book four with ideas for at least one more. Having chosen to market them myself maybe just shows that I'm as impatient as my heroine in wanting to move on to a new life, as that of a published author, despite the differently challenging aspect of self-promoting rather than securing an agent or publisher. Reading however, escaping into other worlds, has always been my favorite form of entertainment. It is my hope to bring such enjoyment into others' lives with my books; that they will get as caught up in the characters' lives as I have.