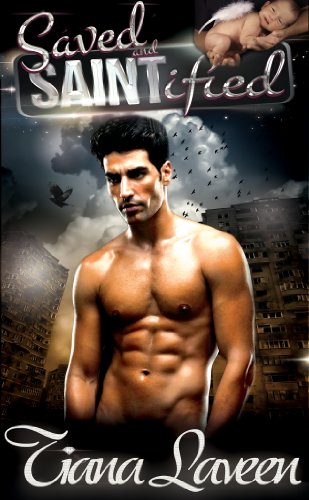 about this book: This is the third book of a series. The first are: "The Naughty Sins of a Saint" followed by, "When Saint Goes Marching In."

This third installment ramps up the romance, paranormal and the Hero, Saint Aknaten's Egyptian heritage is explored. Xenia, Saint's wife and he, decide to have another baby and all hell breaks loose. Saint is also dealing with a career hardship, that could derail his entire organization and put the group at risk.

In this installment, I explore the land of Egypt. I did do some research into the terrain, but also wanted to keep some 'old world' Egypt feel to the story, because these characters though modern and contemporary, are dealing with old laws and customs. Saint does not know much about his Egyptian ancestry, and what he does finds out turns his world upside down.

This book is about survival. It is about what would we do if those we loved were in jeopardy and how far would we go to find the answers we needed, to bring our wishes to fruition. It is about sacrifice, dedication and compromise but most of all, the endurance of love.

One of the hardest parts of writing this book, was when Saint found a person from his childhood that had a profound influence on him. I did quite a bit of research about the 1970s and '80s in the Bronx, New York and it became so much a part of me, that I would dream about and wake up thinking about it. I became engrossed, almost obsessed, with the characters while I developed them. It was an emotional part of the book, but it helped explain to readers what Saint had endured and who was in life that helped shape who he is today.

Other books by Tiana Laveen (more)