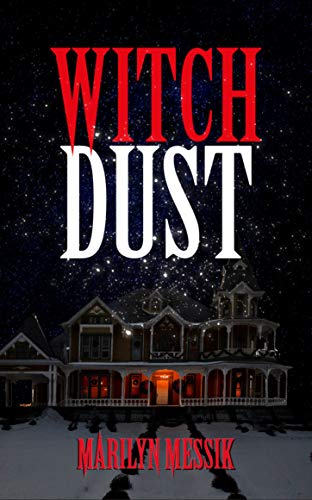 about this book: A Paranormal Comedy Thriller which just appeared in my head! And now it's out there it seems to me there's several more books in this series to come.

Sandra, daughter of Adam Adamovitch; God's gift to women and the entertainment industry, and the lovely Ophelia, who can throw a wobbly, faster and farther than anyone else, is regretfully aware, average isn't ever going to describe life with her parents. She's further put out, to discover circles within circles. Take the difference between real magic; hours of rehearsal, carefully crafted collaboration of carpenter, mechanic and performer, and the other far fishier business her mother resorts to, when push comes to shove. Mercifully, Sandra finds that people, witnessing the impossible, generally re-work things in their own mind; moving swiftly and smoothly from 'Couldn't possibly have happened' to 'That's not what I saw at all!'

But life takes an unexpected turn when Adam's wandering eye lights on yet another conquest, it proves a chorus girl too far for Ophelia and Sandra is caught in the reverberations of her parents acrimonious parting. Coerced into restoring her depressed mother to the bosom of a family Sandra never knew existed, she's sucked into a situation that even for her - and she's had thirty years of bizarre – is unnerving.

Described by one reviewer as 'Janet Evanovich with Magic!'