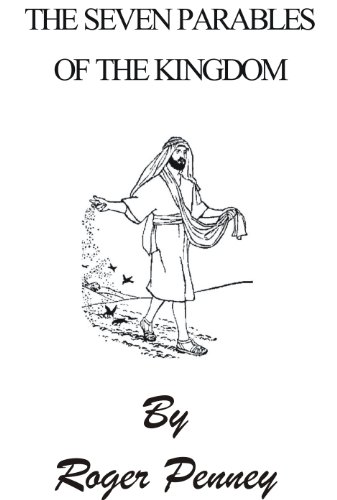 Book: The Seven Parables of the Kingdom by Roger Penney

about this book: It is a matter of common wisdom that the parables were to explain or illustrate the teaching of the lord Jesus Christ. However that is not what He actually said. Most people did not understand Him. For instance when he fed the five thousand, the people followed Him because they thought they might get another free lunch. He pointed out the real teaching about the True Bread which came down from Heaven instead; which was something they were not really interested in.

So, in these cases, telling those who were His disciples the true nature of His Kingdom but hiding that truth from the course and worldly minds.

Many Theologians have expressed their take on these teachings with more or less accuracy. Many more have failed to take in the context of the whole Bible.

The Bible is not something one may take lightly. It is both an extremely diffcult book and a very easy one. It all depends on attitude. I have to admit that writing a biography such as my book on Herod is easy by comparison with trying to comment on a passage from the Bible. For History or Biogrpahy one has only to read the primary and the secondary wources, make notes where necessary then attempt to get an overview of the narrative and an understanding of the character one is studying. That can be hard going. Much harder it is to find the Greek word which an English word represents and then find, with the aid of a lexicon and concordance, the many or few occurrneces of that word. Then one has to read where that word occurs and try to understand the meaning given by the use of the word. Someone once said, I think it was some English philosopher, "words are but counters, with them we do but reckon". In other words the meaning of a word depends how we use it and the same one may have different meanings at different times and in different contexts. So you judge how I have got on do not be backward in telling me if you think I am off beam.