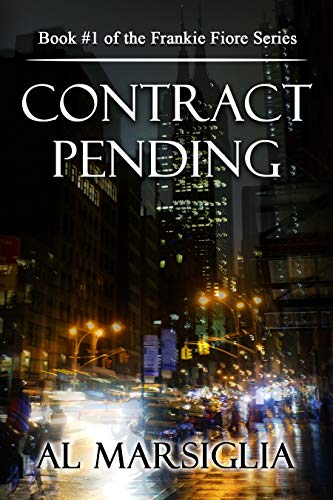 about this book: FRANKIE FIORE, son of a Brooklyn shoemaker is recruited by JIMMY "The
Nose" PROVITERA, a local mob boss. Jimmy assigns Biff Rollo a hardnosed mob veteran the job of teaching an eager Frankie the ropes.

Frankie takes to his underhanded tasks like a Bee to honey, which pleases Jimmy to no end. To further his underworld career, Jimmy teams Frankie with Anthony Grace, another aspiring young hood, together they work very effectively as collections enforcers to the satisfaction of their boss, Jimmy.

Things change drastically when Frankie decides to play hooky from work
and go to a Yankee-Red Sox playoff game with his brother
Ray, when he should have been doing collections with Anthony.
Anthony, all alone with the collection money in his greedy hands, decides to play the ponies, where he loses a whopping ninety seven grand. Needless to say, when Jimmy finds out, he is seething. The boys are in deep doo doo, especially Frankie for making the dumb decision to go to a ballgame instead of doing his job with Anthony.
Frankie tells his father LOUIE what happened. Louie advises his son to leave town. In the meantime Jimmy tries to find Frankie and settle the score. Frustrated at not being able to catch up with him, Jimmy takes it out on his longtime friend Louie, who is brutally beaten by his thugs.
Frankie, who is on the lam, ends up in a small town in North Carolina where he meets and falls for Peggy, a single mom who works in a diner. Peggy has been reluctantly involved with CARL, her abusive ex-boyfriend. She wants to end the relationship with Carl, but he persists in taunting her and during a heated argument, he beats her up.
When Frankie hears about Carl's indiscretion, he tracks him down to his motel room, where he works him over with a tire iron. Carl, seeking to avenge the beating, slips into Frankie's rented cottage, where he uncovers a newspaper clipping that reveals that the mob is looking for
Frankie.
Carl makes his way to Jimmy the Nose in Brooklyn where he tells him that Frankie is hiding out in Dunnville, North Carolina. Jimmy summons Biff and instructs him to make the hit and take out Frankie. Biff turns down the job. A chagrined but determined Jimmy then calls on two of his trusted goons SONNY and MAX to do the deed.

When Max and Sonny arrive in Dunnville, they search for and find Peggy
and her young daughter JANA and take them as hostages. Unbeknownst to them, Biff is also in Dunnville to warn Frankie and to help him.

What transpires is a wild shootout at Angie's house where Frankie and
Tullio emerge victorious.

Back in New York, Frankie and Biff appear in court as star witnesses to implicate Jimmy The Nose.

Frankie comes clean and because of his cooperation as a witness, he is given a light sentence. Upon his release he returns to Dunnville where he reunites with Angie.