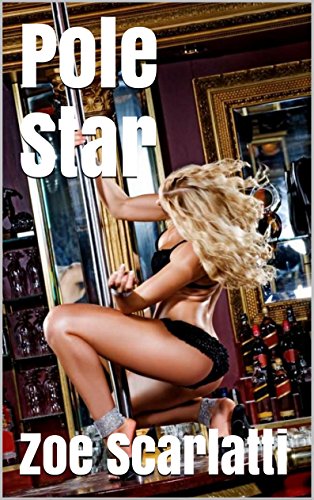 about this book: Pole Star is Episode 3 of Zoe Scarlatti's groundbreaking Z-Spot Diaries.

Zoe returns to the scene of the crime. Multiple homicides in fact, as Miami was Zoe's home during her law school career.She and her sister, Andi, treated the Magic City like the Bitch Goddess it was, and in some ways remains today.

Although steeped in her family's Organized Crime traditions, Miami was where Zoe truly came alive in her own right. She also came to the realization - stunning at first, clarifying in the end - that she possessed the skills and temperament to be a stone killer.. And though Zoe suppressed these tendencies (for the most part) through post-graduate work at the Sorbonne, she knew deep inside she had found her true calling.

Pole Star illustrates how a relatively simple contract can turn into a hairball in short order. Because Zoe has skin in the game. Mixed business with pleasure. And learned some valuable lessons along the way.

Zoe Scarlatti our heroine returns after rave reviews for Episode One entitled Mohegan Son. Then it was right back to work for Boston's must highly paid and fractious assassin.

The Z-Spot Diaries catalog Zoe Scarlatti's life as a "cleaner" at the height of her powers. With Father's Habit, politics is creeping into a business elegant in its simplicity.

Zoe, along with sister Andi, want a seat at the table from where the family's multi-dimensional Organized Crime empire is run. The ladies have charm, skills and the ability to act decisively. But as women in a traditionally male-dominated power structure, some feathers are getting ruffled.