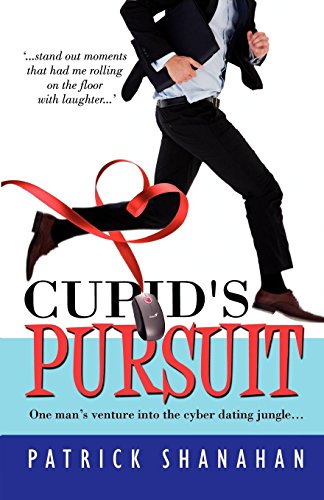 about this book: Cupid's Pursuit focuses on its central character, Matthew Malarkey, a marketing manager for a health and fitness company, who has been unlucky in his quest for love. With a failed marriage behind him he is focussed on settling down again and is on the lookout for a new relationship. With no success out there in the real world Matthew trys his luck on line. Once signed up on the dating site, Cupids Pursuit, he sets out on a series of dates in his search for a soul mate. Through a combination of misfortune and his own bad decision making, each of Matthew's encounters go badly wrong, one situation impacting upon another until he finds himself on the wrong side of the law. In an attempt to extricate himself from his difficulties, Matthew invents a dual identity for himself and hopes that his problems will just go away. However, the law is not so easily put off and eventually he has to enlist the help of one of his dates to try and resolve his predicament

There is always some truth in every story and having sampled the cyber dating world first hand I decided it was all being taken very seriously, often missing a relaxed and light hearted approach. With that in mind, the main focus of the book was to present the humorous side of internet dating from a man's point of view.