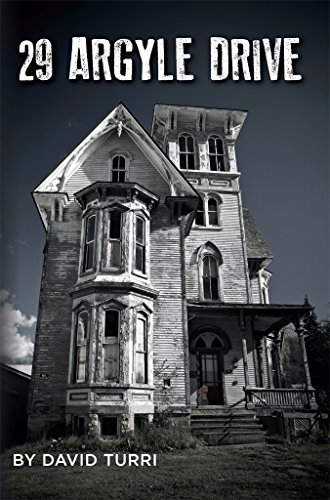 about this book: My name is David Turri. I grew up in Christchurch, but have been a resident of Japan for many years. I was living in Kobe with my wife and two young children when the quake struck in 1995. Those few moments of terror were followed by weeks and months of anxiety whenever an after-shock came.

I was at my desk in my office in Osaka when I read on the Internet news about the Christchurch quake. The image of the toppled Cathedral spire broke my heart. I was at my desk again about a month later when the floor began, not to shake, but to move in a strange way, almost imperceptibly. The motion was like we were standing on a gramophone record that was going round and round very slowly. It was only later that news of the unbelievable disaster in the far north of Japan began to filter through on our TV screens.

My novel “29 Argyle Drive” is set in Christchurch. I had finished it before the quake. It is an occult horror story of little significance; just, I hope, a scary tale. But there were some eerie coincidences.

The protagonist of my novel is a retired high-school teacher who runs a second language school on the third floor of a central city office building. His students are mostly young people from Japan, Korea and China. The ‘haunted house’ that is the centre of the story is located on a fictitious road in the hills above Sumner.

I felt terrible when I learned about the collapse of the Canterbury Television Building and the many deaths of students and staff of King’s Education, on the third floor. I was also shocked by the severe damage, especially from falling rocks, that Sumner suffered.
In the novel, Christchurch was just the backdrop setting for my silly story. But now that the city had been destroyed, I couldn’t just leave it that way. So I rewrote it.

The story – hauntings, séances, possession etc – remains the same. Take it or leave it. But during my reading about the quake and its aftermath, I rediscovered the city and its people; and I keenly felt the loss they had endured.

I hope the last few pages of the novel reflect those feelings.

“29 Argyle Drive” is available on Amazon and Kindle.