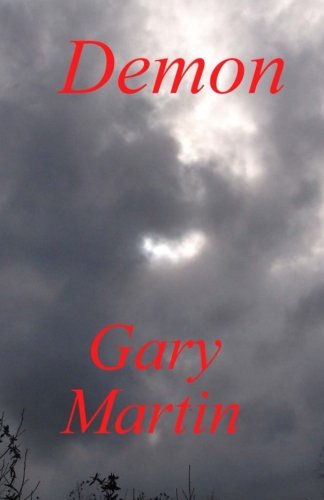 about this book: This is the second book of the Rifts two book series. It continues, revealing the true evil and those meant to oppose it. It is about three distinctly different people drawn together for one goal

Originally there was to be only one book. It was to be Rifts. But the book grew larger than what I expected. At over 120,000 words I decided that it needed to be a two book series.

Demon is considered an adult book because of violence and some language, although it is considerably milder than a lot of similar books. It is recommended that a person read Rifts first so they can understand how characters are drawn together.

The most difficult part of this book were the characters. I sought to make a distinct difference in the characters without making them ridiculous. I tried to keep in mind that people are different, but still have a lot in common.

This book is a mixture of genres'. It is science fiction, occult, thriller, and mystery.

It is also about the human spirit, and about love.

I think anyone who likes a quickly paced story that will also scare you will like this one.

Other books by Gary M. Martin