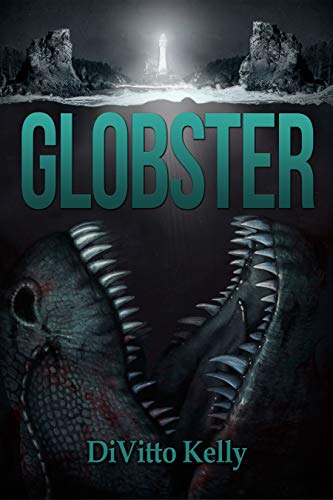 about this book: Definition: Globster: A large unidentified organic mass that washes up on the shoreline of an ocean or other body of water.

After a fierce storm, a mysterious creature has washed up, apparently dead, on the shores of Seal Cove, an isolated coastal town in the Canadian province of Nova Scotia. The unknown species is later transferred to a large empty pool for further study. At night, the creature emerges from its slumber, transforming into something monstrous. Residents must fend for their lives against the flesh-eating predator that has made Seal Cove its hunting ground.

Filled with quirky characters, including a marine biologist with a penchant for Pop Tarts and a lanky, goth bookstore owner, formally of New York City, Globster, is a throwback horror story with just the right combination of contemporary humor, smarts, and monster gore.

I loved watching creature features as a child and still enjoy monster flicks. I was inspired to write about something that I would like to see on the big screen. For the title, I wanted something that would conjure up both mystery and quirky. If you like films like Tremors, Jaws, Grabbers, etc., you'll like this book. Many readers are asking for a sequel. Who knows???

The book publisher likes so much she's trying to get someone to turn it into a film. I'm all for it.

I love the setting and the fact the characters aren't all morons. This novel would make a great film. A fun read. Maybe a sequel???