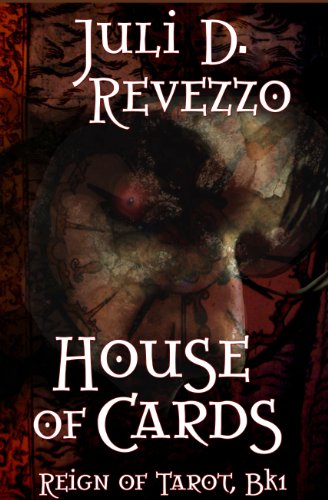 about this book: House of Cards is about a young aristocrat fleeing the Reign of Terror. His travel plans just don't go quite as planned. I'd been reading about French Medieval history at the time, and poking through some books found the (much later event) the Reign of Terror thought it might make a good start for more conflict for poor Sinjon. At the behest of my critique partners and an editor, I expanded the story to include all the pagan and Tarot symbolism. To do so, I referred to notes I'd made in a RWA workshop on "Tarot for Writers" and hit up a few friends that knew a little something about the subject. Again, it's a work of horror, influenced by my brother's interest in the genre. I also had friends who worked in horror makeup, so I made the villain a little more grotesque thanks to their input. I hope readers of dark fantasy and supernatural horror will enjoy the story!