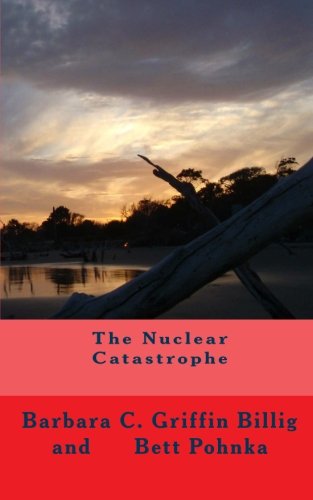 about this book: Hi! I am Barbara Griffin Billig and I graduated from Washington University in St. Louis at age nineteen with a degree in biology and chemistry. After teaching for several years in St. Louis & then Southern California, I moved into the business world, finally deciding to take some time off. I wrote several books including once called "The Nuclear Catastrophe", published in hardcover. This fiction novel portrayed what ultimately came to pass with 3 Mile Island, Chernobyl, and the Japan Fukushima nuclear reactor meltdown.

When the Japan Fukushima disaster occurred, out of curiosity I googled the name of my book (knowing it was out of print). I found it was being sold as a used book on Amazon and Barnes and Noble and on some disaster survival sites. So I decided to bring out an updated edition in paperback and as an Ebook.

The original EBook on Amazon.com came out under the title: The Nuclear Catastrophe (a fiction novel of suspense). Then, it was suggested to me that I change the title to make it more apparent that this was a fictional work rather than nonfiction. Therefore: the paperback has come out as: THE DISQUIET SURVIVORS of The Nuclear Catastrophe. The paperback is available through Amazon or Barnes and Noble.

The lead characters, Ben - head of a nuclear power plant located on the ocean in Southern California, and his pregnant wife Sara, along with the surrounding millions of people, get caught up in what could "never" happen. Everyone becomes ultimately responsible for their own fate as no outsiders want to enter the area. They must stay or flee, and neither is easy. Read this book and see what choices you would make.

This book was written to entertain and raise nuclear awareness for all of us.