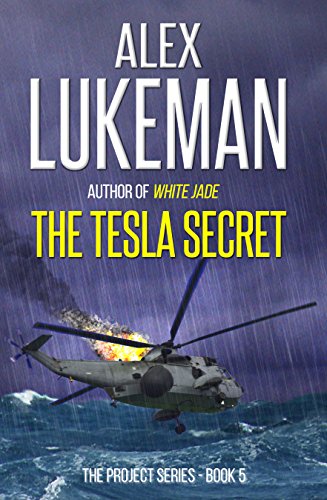 about this book: The Tesla Secret is based in part on research into Nikola Tesla's inventions. Tesla was a genius of the first order, who gave us alternating current, wireless transmission (yes, it wasn't Marconi) and bladeless turbines. He also claimed to have invented what the tabloids of the time called a "death ray". That became a key concept in the book, since the physics is real and actual prototypes exist.

The cover is like the others in the series, in that it shows Project team members with a cross hairs zeroed in on them. That happens a lot in my thrillers--bad guys often try to eliminate my antagonists.

The Project is a covert unit that reports only to the US President. The books develop ongoing relationships for the characters, but each book can stand on its own.

The hardest part of writing this book was the ongoing challenge of character development when each book is part of a series. A series requires a different approach than a stand-alone book. It's good because I can develop the protagonists over time; it's hard because I have to keep track of all that went before, which by The Tesla Secret (Book Five) is quite a bit.