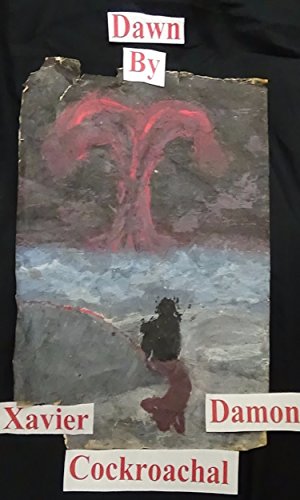 about this book: Dawn is a short novel that is the story of the man, a character who can only ever see the ugliness all around him and never can find a reason or point to it all. He drowns his days away and remembers nothing of them because there was never anything within them worth remembering at all. That is until he meets a woman on a beach atop a cliff and she is the most beautiful sight he has ever seen. He then finds out who she actually is and the truth is something he never would have expected and the truth of who he actually is he cannot imagine was even possible. The book is definitely not for everyone. It presents a bleak, despondent, hopeless, pointless reality and does so unflinchingly. There is no love lost between the man and life and the world and he seeks his own self-destruction and does so unapologetically. It can be harsh, it can be coarse, but this is the way the man sees the world. His days to him are nothing more than an existential graveyard he is forced to endure and he really just wishes an end to it all. All that being said, most of the book is presented in extreme black humor. But what of the woman he meets on that beach atop a cliff? What does any of it mean? Maybe by the end of the book the man will figure it out, then again maybe he won't. As said the book is not for everyone, As for who it might appeal to, that I cannot say but for any who choose to read it there will be some surprises along the way. The cover is a painting I did many years ago and upon writing the book it seemed to me a perfect choice for it.