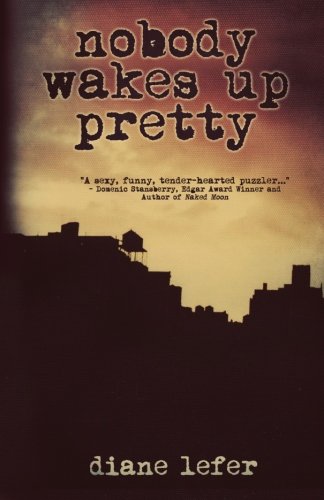 Book: Nobody Wakes Up Pretty by Diane Lefer

about this book: Living on the Upper West Side on Manhattan, New York was never the big, anonymous city it's often thought to be. Every block was like a small town. You knew everyone. You'd go down to the street and there was always someone to hang out with, the kids were out there playing and the parents always knew there'd be a neighbor or two keeping watch. We'd close off streets for weekly volleyball games, we'd hold neighborhood fish fries. The neighborhood was integrated--racially, ethnically, socioeconomically. Then came gentrification. Most of us were forced out. I ended up in California and for years wrote stories, drawn from the old neighborhood, but there wasn't enough "story" in them. Nostalgia and anger aren't enough. I ended up using some of my memories as a jumping off point for a crime novel. One that ended up being considerably more R-rated than my life--though as I wrote, it shook me up a bit to realize how often I'd crossed paths with organized crime and how much I knew without having given it conscious thought.