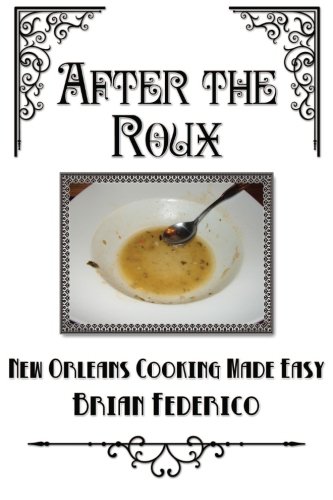 about this book: My Mom taught me how to cook. Since she became ill I thought I would take her recipes and some of mine, along with traditional New Orleans recipes and publish them in her honor and so she would live on forever. What is different about After the Roux is that each recipe comes with cooking tips, and a story. Moreover, I cover New Orleans Italian cuisine along with the city's traditional Creole and Cajun foodways.

I chose the title because everything in New Orleans, parties, conversation, Mardi Gras and jazzFest all start after the roux is made. When two New Orleanian's meet for the first time, they ask three important questions: "Who's your mama?, "are you Catholic and "can you make a roux".

Although I have written a book of verse and a history of JazzFest, writing the cookbook was by far the hardest. There are a myriad number of New Orleans cookbooks, some are down right classics, so I needed a hook that would make mine stand out: That's when I decided to highlight New Orleans italian foodways. After I settled on that hook, I found that the attention to detail was crucial. Did I use C for cup or did I spell it out in the recipes? Editing was hard and it took about two years to write, taste and test all the recipes.