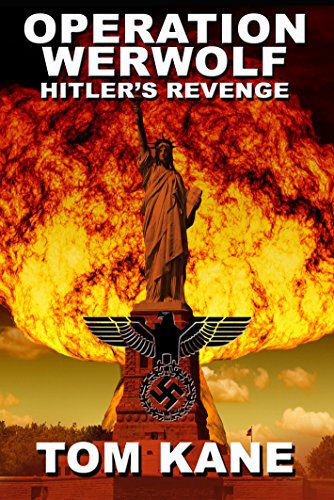 about this book: April 1945 and the final battles of World War 2 are playing out in Europe, yet Adolf Hitler and his Nazi Party cling to the belief that Germany will emerge victorious.

In a last ditch attempt to push back the invading Allies, the SS create a defence group, called the Werwolf, to harass the Allied advance. Formed from Hitler Youth and old men, the group set up lairs in the Austrian Mountains. Hitler's hope is that these boys and old men will be able to hold back the allied advance long enough to allow the launch of his latest revenge weapon; a device so powerful that it can destroy a city. One group is trusted with delivering the weapon to the Nazi Redoubt in the Austrian mountains. This group is led by psychotic Nazi Otto Hansch, who lets no one, friend or foe, get in his way.

An Allied infiltration unit, working behind enemy lines to flush out top Nazi and SS leaders, is joined by American and Russian Colonels, each bringing with them new top secret devices that will aid them in their task. On the surface, it seems to Major Reid, the British officer in command, that his allies are only interested in finding treasures looted by the Nazis. But something more sinister is evidently going on.

Reid's Sergeant, Jamie McDonald, is ambushed by Hansch's Werwolf group and all his men are killed. Jamie is saved by a twenty-year old Austrian girl, Petra Heijeck, who risks retribution from the Werwolf to take the injured man back to his unit. Reid is impressed with Petra's fearlessness and employs her as an interpreter for his unit. Petra, alone in the world, looks to Jamie for comfort.

Days later, Reid and his unit arrive at an Austrian lakeside resort and discover a group of Nazis burying treasure. A fire fight ensues and the Nazis are defeated. A top Nazi, Odilo Globocnik, is captured and the Allied team discover Hitler's plan to use a new revenge weapon aimed at London or even New York, which will deliver a nuclear payload. The Nazi official reveals that the launch of the weapon will be in two days time. Using Top Secret, fledgling technology, the group race against time to find and destroy the weapon and nuclear payload.

Reading is one of my most favourite pastimes, there is nothing like getting lost for a couple of hours in a good book it relaxes me totally.

I was recently privileged to receive as a gift the paperback edition of "Operation Werwolf" by Tom Kane. The novel has been on Kindle for some time but I had waited until it was available in paperback form.

I am afraid I am a technophobe, I like the feel of a real book-; I can get into the story, feel I am there, actually get to know the characters, and if I loose the thread flip back a few pages and re-jog the brain cells, and in my humble opinion you can't do this with Kindle. I get my nieces and nephews, colleagues and friends, nieces in particular, all on my back frequently sighing with great effect -;Uncle John you need this Uncle John you need that, with the emphasis on the word need, this phrase along with the over emphasised sigh seems to be the norm these days.

If they ever find out I am still tapping the keyboard of an eight year old year old lap top that needs to be replaced who knows what they will do...buy me a new one perhaps?. I thought that might happen with a Kindle but alas no, perhaps I protested too much!

The story has been well researched and contains ingredients of a spy thriller and has plenty of authentic action, plus a love theme involving on of the main characters and the only female character "Petra"

If you like stories set around world war two, with exploits by adventurous soldiers - spies and counter espionage, then this will be for you.

In particular I was impressed by the descriptive dialogue involving Winston Churchill, Tom has captured in his writing the wonderful character of Churchill in his mannerisms – asides- and phrases and perhaps his frustration at not being in the action himself. An interesting twist part the way through has you realising that the end may not be what you expected.

The plot, as I have mentioned, takes you to Austria in the late forties when the war was at its end, a time when our allies were Russia as well as America, a very interesting time in history

I could imagine some of our old film actors taking the parts if this were a film, the likes of Burton-Moore and Harris in particular.

To mention more would spoil it for you, I am confident you will enjoy it.

A thrilling book well worth the read and would read again

Looking forward to the sequel Tom

Watch out for Tom Kane on Amazon and Kindles great reads. [by John Warner] 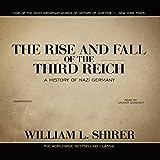