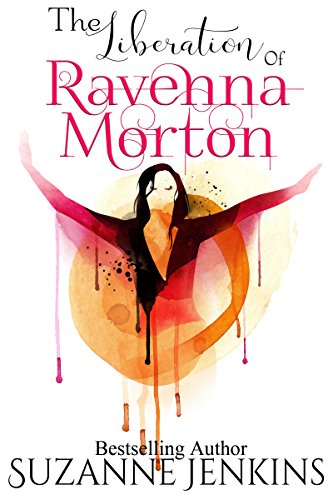 Book: The Liberation of Ravenna Morton by Suzanne Jenkins

about this book: Visitors approach the cabin with wonder; have they just stepped back in time? Smoke curls up from the stone chimney, the smell of wood burning in the air. A cast iron water pump with a tin bucket next to it has a place of honor in the front of the cabin, while in the back, an old outhouse tilting to the side is surrounded by geraniums that have survived the first frost. Fog lifts off the slowly moving river, and the songs of an ancient people sung by a woman weaving baskets float on the surface.

The Liberation of Ravenna Morton follows the path of Esme Wynd as she travels to Michigan to meet her grandmother Ravenna for the first time. The daughter of a child Ravanne was forced to give up sixty-three years earlier, Esme is taking the place of her mother, who discovered she was adopted while on her death bed. Esme accidentally uncovers a web of betrayal and crimes that were committed against Ravenna.

While researching, I discovered two events in history that both shocked and saddened me; The Indian Adoption Project, in which native peoples were coerced into giving their newborns up for adoption, and the Indian Boarding Schools,where young children were taken from their families without permission in an attempt by the American Government to eradicate the language and customs of the indigenous people

Other books by Suzanne Jenkins (more)