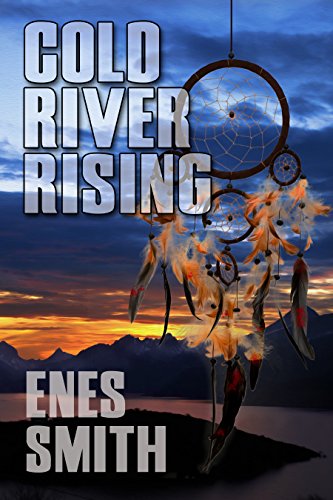 about this book: Tara Red Eagle, a Native American graduate art student travels to Peru with other students and their professor on a study trip during Spring Break. Tara is a sketch artist with the ability and curse of a Twixtli: a medicine woman - she can sketch events before they happen. Her curious morning sketch of a woman in a meadow showed what was to come later in the day.

On their last day, during the encounter between the Peruvian Army and rebels, a helicopter is shot down, killing the crew, two guides and two students. Tara and her friends are kidnapped by rebels and taken deeper into the mountains.

At home, Tara's grandfather, Bluefeathers, a modern-day Native American leader asks the state department and the U.S. government for assistance. When the State Department refuses Bluefeathers' request for help, he sends his new Siyapu (white) police chief, Martin Andrews and a three-person war party, to rescue his granddaughter. This places the students in further danger from the secret police, the Peruvian Army, and the rebels.

Portland homicide detective Martin Andrews, three weeks into his new post as tribal police chief on the Cold River Indian Reservation of Oregon he is wondering – what the hell am I doing here?

What he thought would be a laid-back police gig kicks up into international kidnapping, forcing Andrews to get a crash course in modern warfare – Indian style.

In the mountains of Peru, after watching her friends killed by rebels, Tara struggles to survive. Along with Steve, a Mashantucket-Pequot Indian, FSU student and former soldier, and Robert, an ASU student from an Apache tribe, Tara tries to remember the "old ways" she has discarded. Carl Twoshoes, a WSU student from the Yakama tribe, slips away, making his way to Lima, where he is refused entry into the U.S. Embassy. He is hunted and killed by the secret police within sight of the Embassy.

In an impassioned speech to the U.S. Senate, Bluefeathers declares war on the nation of Peru. Bluefeathers shows himself to be a skilled statesman and military strategist and the Cold River Reservation is joined by other tribes in a show of force and solidarity. Bluefeathers returns home, closes the casino, and orders the demolition of bridges to further isolate the reservation that is now surrounded by the American military.

Cold River Rising – a people and a tribe coming together. They are joined by others. A fight for survival in Peru and on the reservation in Oregon.

Note from the author: I was a homicide detective and worked on some research for crime writer Ann Rule. She sent my first manuscript, Fatal Flowers, to her agents in New York. She wrote, "Fatal Flowers will make the Silence of the Lambs seem almost tame."

I was hired as a tribal police chief for the Warm Springs Indian Reservation, and I was out of my element, but I was determined to earn their respect. I am pleased to say that my Cold River books have been very well received on the reservation. Cold River Rising has been optioned for a feature film.