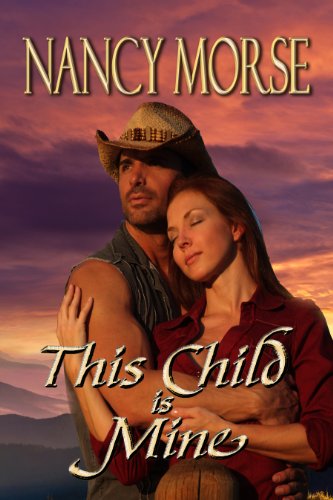 Book: This Child Is Mine by Nancy Morse

about this book: Single mom Kate Sommers doesn't want a husband. But when the Standing Rock Sioux Tribe orders that her child have a mother and a father, in order to retain custody of the little Lakota girl she adopted years earlier, Kate reluctantly complies with tribal tradition and marries her late ex-husband's brother. Russ Night Horse doesn't need a wife. Scarred by betrayal, he lives a solitary existence on his ranch training draft horses. But when the outspoken white woman comes into his life, it threatens the Lakota rancher's resolve to remain uninvolved. Were the betrayals they both suffered enough to bridge the gap between her world and his? Despite their marriage ceremony, would she always be his brother's wife? Can a kidnapping, a sinister plot and a long-kept family secret teach these two reluctant hearts how to love again?

I was inspired to write this book by an article I clipped from The Indian Trader many years ago about a little girl who was at the center of a custody battle between the white woman who adopted her years earlier and the Sioux Tribe. When the woman's husband, a full-blooded Lakota, died, the tribe felt the child would have no tribal influence in her life and sued to regain custody. There was no follow-up article, and I always wondered how that issue was resolved, so I decided to write a book about it and give it my own resolution and, as with all romance novels, a happily-ever-after ending.