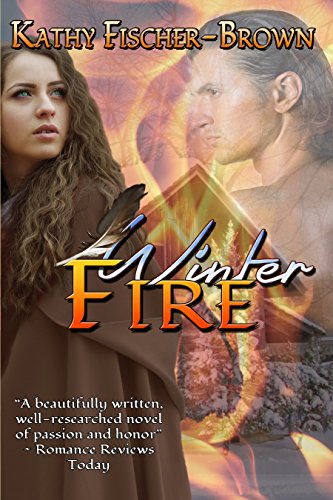 about this book: I've always had a fascination with the Indian "captive narratives" of the seventeenth and eighteenth century. I suppose the germ of an idea started to sprout while I was reading the biography of Mary Jemison, a white woman raised by the Seneca. I became intrigued by the idea of this woman, who had become completely assimilated into their culture, and began to wonder "what if...?" What if she'd been "rescued" and forced to return to a life she could barely remember and would have difficulty coping with? Couple that with what often happened in actual situations--misunderstandings and mistrust on the part of the whites, feelings of alienation and a genuine desire on the part of the returned captive to run back to the Indians--and the stage was set for the inciting incident of the novel. Further research helped me to set the story in a time and place--the American Revolution in western New York--to find the perfect hero and his back story, which, unfortunately, is based on a true incident.

"Winter Fire," an historical romance and former RWA Golden Heart finalist, was originally published in 2002 and has found new life as a digital edition from Books We Love, Ltd., an indy publisher located in Canada.


My favorite type of story

Winter Fire is exactly my cup of tea, and the author's writing style makes the adventure even better. I thoroughly enjoyed experiencing life through the heroine's POV, especially the way she fought her attraction to the handsome hero and dealt with the cruelty of a horrid uncle. This author drove home the point of how extensive one's fear would be after having lived among Indians in a time when they were so hated, and SHOWED the emotion with reality that made me want to cry at times. Winter Fire,in my opinion is a story well worth the read. As a matter of fact, if people read this book before my own historical written about the same period of time and dealing with a half-breed and white woman, they might have better understood my ending.