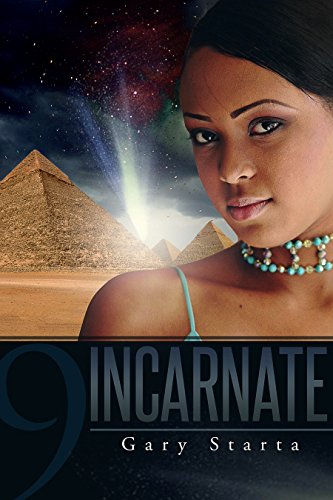 about this book: Did you ever wonder about the pyramids? Who really built them, and how?

Special Agent Caitlin Diggs gets closer to the answer when her connection with the goddess Isis is confirmed and to the reason why her cat is named Bastet.

A mass disappearance of demons occurs simultaneously with the appearance of the 9 - or The Ennead. Egypt's greatest gods and goddesses always promised a return. Diggs is wary of the return, despite her connection with Isis. She wonders if they are really gods, copies of them, or even just aliens? Have these gods manipulated human DNA all along? And if so, are these gods fugitives from a planet who abhors their mingling with humanity?

What is their agenda? Caitlin becomes more suspicious when she finds the gods have spelled humans to love them. And now suspicious activity involving star ships leads Caitlin to believe they are adjusting the Earth's atmosphere for their own survival. The problem is, according to Diggs' scientist friend, is that humans will die with the change.

Caitlin's Wiccan partner argues it's magic and not science the humans have to be afraid of.

But whatever the case, Caitlin knows she has to stop their plan at any cost. The crazy actions of the Goddess Hathor forces Caitlin to time travel back to ancient Egypt where Hathor plans to change the timeline. But what Hathor and Caitlin/Isis don't know is that there is a ruler of the universe who will intervene.