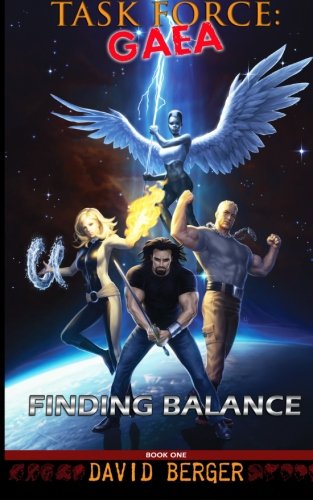 about this book: Task Force: Gaea—Finding Balance is about how the actions of one can affect the lives of many, but in inconceivable ways. After Zeus claims control of Mount Olympos, neglects to seek counsel with the primordial goddess Nyx, and she spitefully destroys what keeps the universe in balance. This action will resonate forward as well as backward in time, rewriting history. Without balance, Order and Chaos will grow or recede unchecked. The scope of the story begins when the gods were in their heyday, and it progresses into the future where the gods are all but a memory in the world. Their influence on humanity comes through a team of mystically-endowed mortals whose sole purpose is to repair the Scales. If they do, history gets rewritten, and they might not exist afterward. So, they are left with an existential dilemma: act for the greater good or act for themselves.

Finding Balance took almost 25 years to come to fruition, mostly due to editing while writing it, but over that time, I did a tremendous amount of research into mythology as well as into the places that appear in the novel, down to street names. I also wanted to focus on other gods that do not appear much in active mythology, like Gaea. Her presence in the novel, as well as another goddess of my own design, provides the catalyst for much of the novel's action. In fact, the team in the modern day take their name from her, and thus, Task Force: Gaea was born.

One of the messages I think the book reveals is that one small action can have devastating consequences, and even when we think we have fixed the problem, we might not always like the outcome we see. This is just one part of the humanity that both the gods and mortals alike must face.