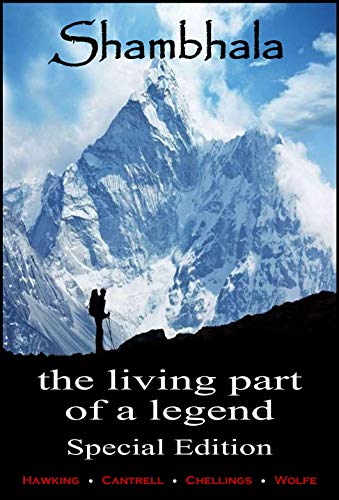 about this book: Explore the opportunity to unlock the greatest secrets of the ages, profound revelations that for long millenniums have remained hidden under the most intense silence and secrecy...

In powerful first-hand accounts, explorer M.G. Hawking reveals the fabled landscapes and profound knowledge of a lost world. On an extended trek in the Himalayan Range he discovers a village deep in the mountains where he encounters extraordinary individuals—introduced to him as "masters" and "adepts"—possessed of knowledge and power virtually unknown to the Western world. His discovery marks the beginning of a series of adventures and experiences, the evolution of relationships with the remarkable people he meets, the esoteric teachings he receives, a captivating quest to retrieve ancient arcane manuscripts, and far more.

These groundbreaking narratives from Wisdom Masters Press take us on a voyage through space and time, from the vast peaks of the Himalayan Range to the remote deserts of Egypt, occasionally ranging far back through the ages, for the origin of the power of the masters is ancient.

The SPECIAL EDITION: It has been our experience that anyone who reads books in our series finds that they want the people closest to them—constant companions, friends, associates, acquaintances—to read them as well. But where to start? The book series has four volumes in the primary series and ten companion volumes, altogether consisting of over 550,000 words. So, we issued this Special Edition containing an extensive prologue of Book One and the complete Book Two, plus excerpts from four other books in the series. Have fun exploring! First U.S. Edition, 96,707 words.