Book: In The Valley of Mystic Gods - Book One - A Chronicle of Power by M.G. Hawking and Heather Cantrell

about this book: Explore the Greatest Mysteries

Earth - our home. A beautiful, verdant world spinning precariously through the vastness of a Universe that seems infinite.

Life - us, our essence. Teeming in every niche of our world and found from the deepest crevasses of our oceans to the tops of the highest peaks... Yet where did it come from? And why? What created it? What controls it?

Are there answers to these profound questions? Religions, philosophies, legends and myths abound. Are there secrets that those who know have long hidden? Secrets they don't want you to know?

From the earliest days of earth's civilization, legends of the land called Tagzig and a village of Olmolungring have fascinated millions with tales of a mystical realm, known in our modern age as Shambhala.

Scholars believe that Olmolungring is the historical precursor of a fabled land described in the oldest Sanskrit texts, a hidden kingdom of incredible beauty. The ancient pre-Buddhist B'on treaties regarding Olmolungring are thought to be the earliest extant references, yet the same mythical realm is represented in diverse ancient traditions: Hindu texts of the Kalki mythology, the Puranas, in the earliest texts of the Kalachakra Laghutantra, and in the even earlier Kalachakra Mulatantra.

The legends are remarkably consistent. They relate that, in the beginning of this world, Olmolungring was the place to which celestial beings descended, bringing life to our world and creating the hidden realm. Bringing with them the highest mystical knowledge of all the worlds, they made Olmolungring not only a place of peace and beauty, but the sanctuary of all wisdom and knowledge.

In a treatise composed by an early Tibetan Buddhist, the Third Panchen Lama, said to have been received in a vision sent by the Buddha Sakyamuni, the hidden realm is called, in Tibetan, Shambhala I lam-yig, and the celestial beings Ri-iha-mo.

Could this legendary hidden realm truly exist? Hidden where?

Our planet's crust floats on the still molten mass of its interior. Across Asia, two plates of that thin crust collide, pushing relentlessly against each other to thrust skyward a massive chain of mountains, the Great Himalayan Range. Stretching in a vast crescent extending 1,500 miles with over 110 peaks rising to elevations of 25,000 feet or more, the Himalaya cradles the most isolated parts of Earth's landmass. Towering ice peaks nearly six miles high shelter remote, lushly forested valleys.

For thousands of years, the inaccessible inner portion of that vast wilderness has been known in esoteric literature as the Great White Island, and has given rise to countless tales and legends of the existence of a hidden world, the sanctuary of a hidden society.

Absent an ember, there can be no smoke; there is a kernel of truth in all such ancient and enduring legends, and they cannot be easily, or wisely, dismissed.

If this mystical hidden realm exists, who—or what—exists there? Descendants of "celestials"? Why do they stay so carefully concealed? What secrets do they possess? What powers? What is it that do they not want us to know? 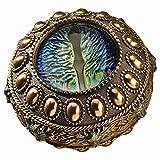 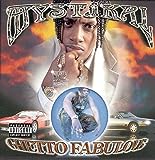