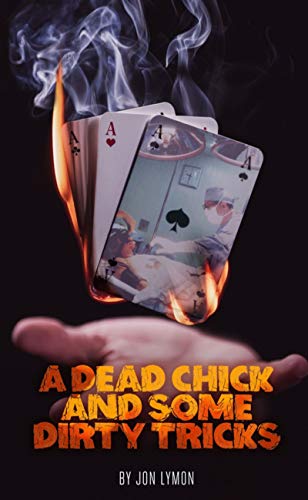 Book: A Dead Chick And Some Dirty Tricks by Jon Lymon

about this book: Fed up with formulaic detective novels in which you can work out how it ends as early as chapter four?

A Dead Chick And Some Dirty Tricks will keep you guessing what's going to happen next until the end. And then you'll be wanting more. A sequel's in the pipeline.

Taking centre stage is likeable PC Jake Rodwell, father of one, husband of one tired and overworked housewife.

Post-Christmas, at a time when families should be together, Rodwell is assigned the seemingly odious task of guarding the hospital bed of a multiple stab victim.

Only this is a stab victim who possesses incredible powers, that he's just waiting to unleash. And with Rodwell in the firing line, our amiable PC is about to have his world blown away.

This, Lymon's fourth novel, is as unpredictable and exciting as the previous three, his first foray into the detective novels, a genre that really needs the kind of freshening up and twisting of expectations that A Dead Chick And Some Dirty Tricks provides.