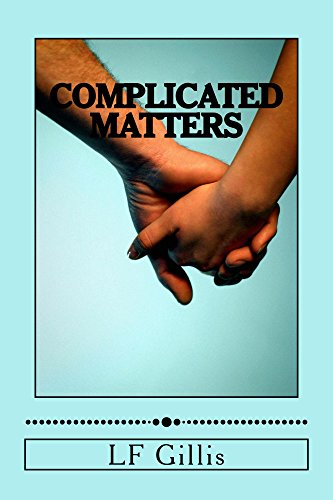 about this book: Antonio Heath Taylor is a patrol officer with the Miami/Dade Police Department who is barely hanging onto his job. Ever since the death of his wife, he has become dangerous to work with. The problem is, his supervisor thinks he is too good a cop to fire.

Farrah Mathews is days from graduating high school. With a basketball scholarship to Duke University, she can't wait to leave her hometown of Morgansville, Florida and see what lies beyond farm life.

Morgansville is the perfect place to raise a family. Friendly, but standoffish residents, clean streets, and plenty of outdoor scenery. But beneath the genteel exterior lies deadly secrets.

The Florida Department of Law Enforcement has been investigating drug activity in Morgansville for years. So far, the only thing they know for sure is someone is using the Suwannee River to transport cocaine from the Gulf of Mexico to points unknown. When two undercover agents miss their contact appointments, FDLE becomes worried.

John and Tara Mathews own a small farm in the county. When a one of their cows goes through a fence, and gets lost in the swamp behind their property, they go looking for her. What they stumble upon is the torture and murder of two men. Armed with only a cell phone, they call emergency services. They don't know exactly who is hurting who, but they do recognize the hat worn by the local sheriff, Daniels. After the sheriff is arrested, the family receives multiple threats.

FDLE contacts the Miami/Dade police looking for a young, Latino cop who is intelligent, works well by himself, and if the circumstances dictate, doesn't mine bending a few rules. MDPD gives them Taylor.

Taylor's initial contact with the Mathews family is telling Farrah her parents died in a farming accident. He voices strong concerns about what such a farce will do to the kids. His only choices are to deliver the news or forfeit his job and pension. As of right now, his job is the only thing keeping him together.

Farrah doesn't believe the interim sheriff. On her 18th birthday, her parents showed her a revised copy of their will giving her full guardianship of her brothers and ownership of the family farm, should anything happen to them. On top of that, her parents were killed in an explosion and their bodies were never recovered. She contacts Duke University who relinquishes her from her contract, and cancels her scholarship, due to extraordinary circumstances.

Daniels escapes while Farrah's brothers are away at summer camp. This forces Taylor to increase his surveillance of the farm, but he is ordered to do it discreetly. Running out of reasons to visit the farm, he seeks the advice of another undercover agent posing as a dispatcher, Flo. Flo advises Taylor to take Farrah to dinner. Taylor secretly tapes the conversation, which proves to be a good move on his part, later on in the story. While Taylor and Farrah are out, her house is broken into.

Taylor's cover is blown when Daniels is spotted near the Mathews farm. An all-out manhunt is issued. Taylor's job is to get to the farm and protect the family. He finds Farrah alone and orders her inside. She argues as a shot is fired at her. Taylor identifies himself as he calls for backup.

After the drama, questions still have to be answered. Where is the murder weapon used to to kill the agents? Where was Daniels getting his drugs? Daniels must have had partners in this operation, who were they. Also, too many details about his escape didn't add up? A SUV rammed Daniels' transporter, where was it? Who was driving it? Why wasn't the accident investigated properly?

While trying to answer these questions, Taylor develops feelings for Farrah. That could jeopardize his job.

I hope mystery readers will enjoy figuring out who the real drug lord is.

I was inspired by the idea of something so sinister going on in a small town. The inspiration for Morgansville was Madison, Florida where I grew up. No actual people or places were mentioned in this story. But I used to spend a lot of time walking in the Suwannee River State park. That's where I got the idea of using it as my drug route.

The hardest part was the research which took a little over a year. I like to keep things as realistic as possible. My main question was, how could the coast guard search a ship without a warrant? The answer is, they don't need one. All they need is to do a safety inspection. That gives them access to every part of the boat.

Farrah is innocent when she meets Taylor. Those holding hands exemplified their relationship to me.

To anyone reading this novella,
Thank you for giving me your time. I sincerely hope you enjoy the mystery and romance.