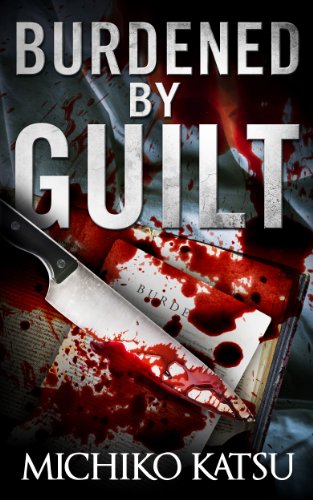 about this book: I love the classics and even earned my B.A in English because I enjoy them so much. I know most people see the words "classic literature" and think bor-ing. My intent with Burdened By Guilt is to incorporate some of the classics into commercial fiction in hopes of opening up new avenues of great reading to people who would have never considered it prior to reading Burdened By Guilt. This isn't a reinterpretation of any book like Seth Grahame-Smith has done with Pride, Prejudice and Zombies or Abraham Lincoln: Vampire Hunter (which are pretty great in my humble opinion) but rather just a slice of what makes them great incorporated into a fast paced, murder mystery with a little steam between the main characters to spice things up.

Clues from specific books are left on the bodies of murder victims and the Detective, Mike Anderson, must figure out what they mean and how they relate to the murders. With the help of a leggy college professor, Suzanne Kelly, he not only learns their relevance to their respective stories but is able to apply it to the dead men.

Hopefully, their inclusion into the story might spur a reader to broaden their horizons and check out one of the referenced books. While two of the books, The Telltale Heart and Julius Caesar, are familiar to most readers, The Heart of Darkness and Justine might not be. Maybe by reading Burdened By Guilt a reader might venture out and see just how wonderful they are.

Anyone who loves murder mysteries would like Burdened By Guilt. However, it isn't a "cozy" mystery. It is for more hard-core readers who don't mind aggressive language, graphic violence and sexual encounters. I've read many times to write as if your parents are dead so I took the gloves off and did just that. No, my books will not fill my parent's Christmas stockings any time soon but they may fill yours if you like a no-holds-barred thriller that likes to push boundaries.