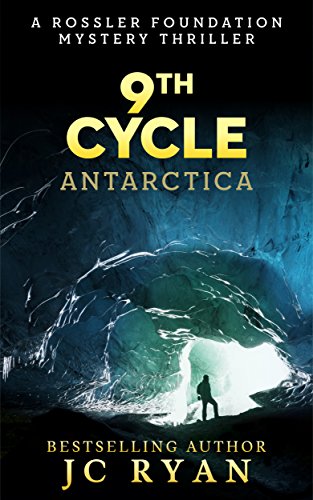 about this book: In the 16th Century Admiral Piri Reis were using maps of the earth that showed the outlines of Antarctica. When those maps were discovered in recent times NASA discovered that the Piri Reis maps were so accurate they had to update theirs! What's more those maps show the outlines of Antarctica without its icecap. How is that possible when Antarctica has been covered with ice for more than 200 million years according to modern-day scientists?

Who Drew Those Maps and When?
Did They See Antarctica Without Its Icecap?
Did Humans Live On Antarctica Before?

When Professor Charles Summers discover these anomalies he just had to take and expedition to Antarctica and find the answers.
Is There An Ancient City Under The Ice Of Antarctica?

Is it possible that beneath the ice we will find the remains of an impossibly ancient civilization? The Rossler Foundation arranges an expedition to Antarctica to search for evidence of such a civilization. The Orion Society immediately mobilizes their resources to infiltrate the expedition. Will their treachery and hunger for power stop this expedition from reaching its goals?