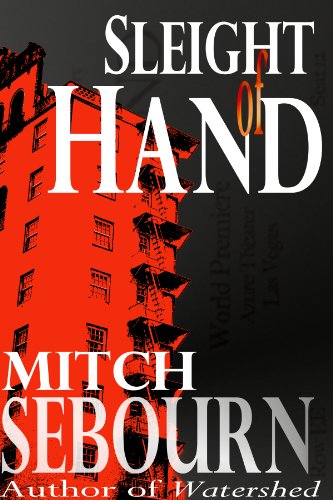 about this book: In the high desert north of Las Vegas, Nevada, young women are dying and disappearing, and it is all part of a sadistic operation that has been hiding in the desert for years….

Now, one of the world's most influential directors, Trey Landry, has arrived in the area to begin filming his next movie… a project that could very well expose everything.

At the heart of all this is a humble, oblivious, struggling actor named Norman Eliot, who only wants to finally make it big or escape the Hollywood racket entirely.

That is, until he finds a young woman dead on a Las Vegas sidewalk, and meets a writer whose sister recently succumbed to a similar fate.

Something terrible is happening, and Norman is dangerously close to the source of it all.

Sleight of Hand is both a mystery and a ghost story. The world Norman is thrown into is barren and harsh. And the horror, always, is lurking just beyond the lighting of the set.