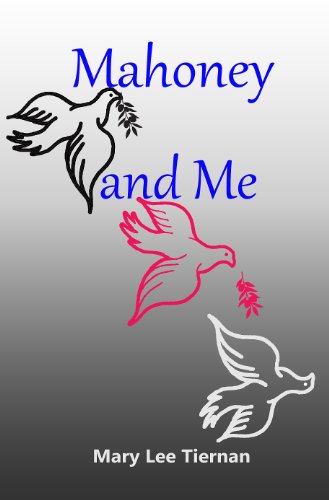 about this book: The first book in the Mahoney and Me Mystery Series, "Stopping in Lonely Places," came pouring out of me. I accept it as a gift from my muse. The second book in the series, "Mahoney and Me," started the same way. The scene was simply "there," and I wrote it down as I saw it in my mind. My muse stepped back after that, and I wrote the rest of the novel in a more traditional style—I worked at it.

I had the advantage of established characters that my readers liked. "…just love all of the characters. Especially Dorsey!" and wanted to read more about. "Such wonderful characters deserve more chances to thrill your readers." The premise of the series had also been established. I had to come up with a crime for Detective Mahoney to solve, and since the narrative "Me" had been instrumental in helping him in the first book, I had to give her a role in helping him to solve the next crime. Dorsey had been a big hit—"We absolutely fell in love with Dorsey."—so I needed to include him and his antics.

At the end of "Stopping in Lonely Places," the narrator's home and all her belongings had been blown up. Since she and Mahoney had fallen in love while they tried to identify the person trying to kill her, what was more natural than for Mahoney to bring her home to his house and continue with the romance?—a romance which almost comes to an abrupt end when Mahoney is shot.

The narrator "Me" remains nameless although Mahoney calls her "Princess." While some authors like to give very specific details about a character's description, I don't. Some readers like to "see" the characters through the author's eyes, hence the complete descriptions. As a reader, I tend to skim through descriptions, especially when they are long. I like to imagine what characters looks like myself, so I do not impose my vision of a character on my readers. I do give some hints about the character's physical appearance—Mahoney, for example, is tall and has blue eyes and "yummy" long legs—but I prefer for readers to "see" their own versions of the characters. Personally, as a reader, I like to "see" people I know as various characters. I suppose my books would be longer if I added in all that description.

On the subject of a nameless narrator, I should add that that sometimes causes problems as I'm writing as I have to rephrase sentences where it would be natural to include a name. The "me" as a character also gets confused with "me" as an author, especially when I am conversing with people. Are they the same? Yes and no. Authors use their life experiences when they write. The narrator is a writer who has an RV and a cat named Charlie. Guess what? That is not to say, however, that everything about the narrator is a mirror of the real me or my life. Take Mahoney, for example. On a scale of one to ten, Mahoney is at least an eleven. Unfortunately, he is fictional and not part of my life. I wish he were!