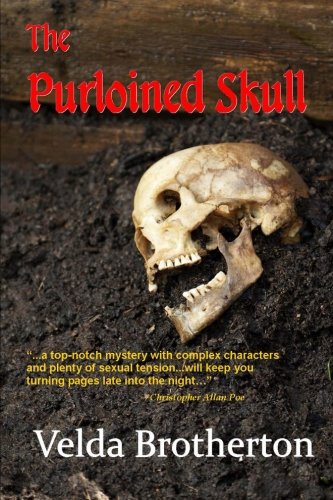 about this book: For nine years I was a features editor for a weekly rural newspaper. All sorts of stories came our way. So when I wanted to write a mystery series, I thought immediately of skewing some of these stories into fiction mysteries. I could even steal this and that from people I had met and interviewed to create characters.

So this book will keep those folks guessing, as I created a county that doesn't exist, used a few mixed names for my characters and created a murder that takes place during a true frightening event.

My only totally fiction characters are the two primaries: Dallas Starr, a Cherokee ex-narc off the mean streets of Dallas who flees to the small Ozark town to get away from untrue publicity stirred up by the media; Jessie West, an investigative reporter who was once well known in Los Angeles, but lost her job because of a story she wrote. To make it more interesting, Dallas has the ability to commune with the spirits of both the victims and the perpetrators of violent crimes. Jessie thinks that's a load of crap.

To have these two bump heads in small town Cedarton, Arkansas, created a sexy, dark and gritty story of a buried skeleton minus his skull and two damaged people trying to avoid a sensual attraction to one another while they rebuild their lives. The tension, conflict and the mystery itself make for a scary plot filled with buried clues.

This is the first in the series that will all have twisted Edgar Allan Poe titles.

• "...a top-notch mystery with complex characters and plenty of sexual tension that will keep you turning pages late into the night. Anyone looking for a great mystery will love The Purloined Skull."
— Christopher Allan Poe