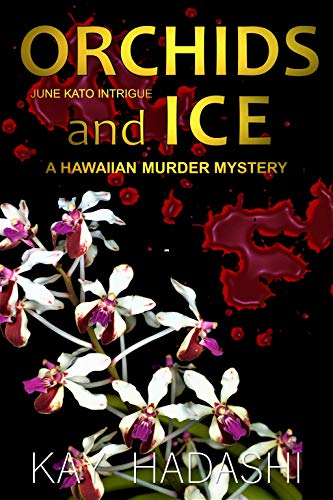 about this book: June Kato, prominent LA neurosurgeon, finally takes the first vacation of her adult life. But being a stubborn woman that has to do things her own way, June ignores her sister's offer to be put up in a luxury five star Hawaiian resort. Instead, she heads halfway up the side of a volcano to a convent for a week of peace, quiet, and long lonely runs in the tropical rain forest.

What she gets instead is a sppeeding ticket as soon as she leaves the air port, cloudy skies and rain storms while sightseeing, and a meth addict as a room mate at the convent. But her biggest problem is when she witnesses a brutal murder at a new friend's house in the middle of the night. Torn if she should go to the police and explain why she was in the house and not also killed, or if she should just hop on the next plane back home, she does what she believes is the right thing. That's when she learns the man was a meth lord on the island, making himself wealthy by selling his product internationally.

It doesn't take long before the crooked Chief of Police suspects she had a lot more to do with one of the biggest murder sprees to ever occur on the Big Island of Hawaii. She gets trapped in paradise surrounded by meth lords and dealers, and maybe even a ghost or two, with little help of finding a way back to her real life back home. As people show up saying they only want to help her, she no longer knows who to trust, especially when the marathon she planned to run becomes a race against time and her own murder. She discovers there is lot more to paradise than sunshine.

Orchids and Ice has been my favorite story to write so far, since I grew up and live in Hawaii. I wrote most of the first draft while on an extended visit to the Big Island, and many of the scenes and locales are real, if you know where to look! I hope readers enjoy Orchids and Ice as much as I enjoyed writing it!