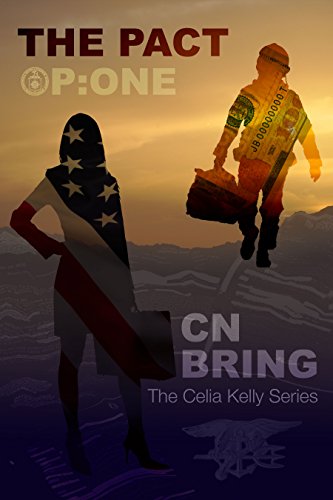 about this book: In THE PACT, Bring brings to life Commander Celia Kelly, an Intelligence Officer of valor who takes on intrigue and suspense as she leads a mission with the help of a Navy SEAL team after an arms group called The Pact. Taking a role in leadership few women have ever experienced, Kelly successfully navigates the task and rises to the occasion in a way never seen before. You never see what happens next coming...

Commander Celia Kelly is a perceptive Naval Intelligence Officer rebuilding her life after the tragic loss of her husband. The suspicious suicide of a fellow Officer has Celia questioning the mission she's been assigned.

With the help of a one of a kind secretary, by the book assistant, and a Navy SEAL, Kelly discovers she's been set up. Digging relentlessly, nothing is as it seems. Someone is after twenty million dollars that disappeared when Kelly's husband went MIA and now that someone is after her!

With surprises at the turn of every page, the original characters and three dimensional plot lines keep the suspense going until the very end.