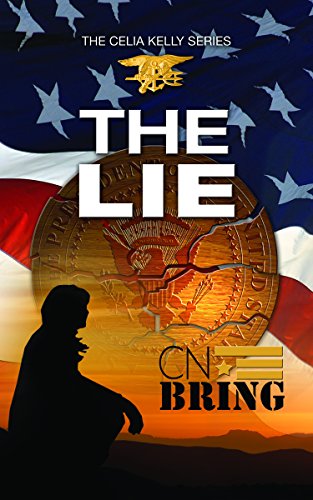 about this book: A new President. A new team. A scandalous lie.

In the latest of the Celia Kelly series, the Naval Commander finds herself caught up in political intrigue as the next mystery has her questioning everything. The President's inexplicable past brings deception and danger into the White House. Death hits close to home as Celia directs a mission that collapses with the loss of a SEAL. After returning home Kelly discovers the new President may have had something to do with the mission's failure. As secrets begin to unravel, they run over everyone in their path. The price will be high as Kelly and her team finally uncover the truth. And just when you think that it's over... it's not!

In THE LIE, the action and suspense continues as Commander Kelly and her team are sent on a mission that has them questioning the powers that be who sent them into it. Kelly goes on a fact finding mission that leads to murder and betrayal at the highest level with an ending no one sees coming.

Don't miss the action as Kelly and her team prove when faced with a challenge, together it is possible to make the impossible happen and can come out on the other side better for it.