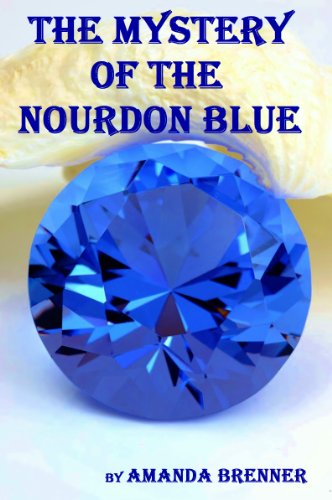 Book: The Mystery of the Nourdon Blue (Sid Langdon) by Amanda Brenner

about this book: Who isn't fascinated by the romance of a legendary gem and its supposed curse? I certainly was when I developed the premise for this story. Of course, the most famous cursed gem is a diamond, but I wanted something a little different and chose a sapphire with "a blue so true as to seem unreal." Two men are obsessed with finding the stone that may be only a rumor, but a rumor they believe to be true and they go to great lengths to not only find, but possess the stone. But what of the curse? Is it real? Both men disregard the supposed danger in their zeal to hold the fabulous sapphire known as the Nourdon Blue. Sid becomes involved when one of the men disappears, and his daughter appeals to Sid to find him. The trail is murky at best, and Sid tells the girl to prepare for the worst. Still, Sid being Sid, he assures her he will do what he can to find some trace of her father and/or the stone he was searching for when he vanished; but in doing so, Sid uncovers far more than he bargained for.