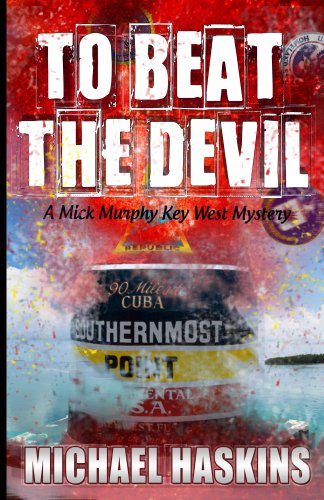 about this book: With the help of his pal Norm, Mick Murphy is seeking Russian gangster Alexei, the man responsible for the death of Mick's fiance and the sinking of his sale boat. Fully recovered from the near death experience, Mick is still not mentally fit as Norm's voice explains the manhunt. "Revenge is Mick's pain medication," Norm tells people. The search goes from trendy South Beach to a Mexican smugglers' camp in Tampico, Mexico.

Escaping both cartel soldiers and the Mexican military, Mick and his cohorts find Alexei's journal but it's in Russian. They have to return to Key West to have a trusted friend translate it, hoping it gives a lead to where Alexei is headed. Instead, the journal reveals a planned terrorist attack in Key West. Authorities in the Keys refuse to take the threat seriously and this awakens Murphy's journalist curiosity and sees a cover up. Soon it is only Murphy and his handful of miscreant friends prepared to stop the attack. A federal power play within agencies is in place as Congress considers budget cuts and the attack will fortify some agencies needs. The finally pits a WWII Spit Fire against a the terrorists and federal agents.