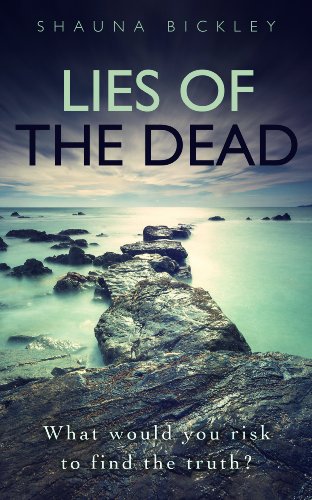 Book: Lies of the Dead by Shauna Bickley

about this book: Lies of the Dead is a mystery/suspense novel set in Cornwall, England.

Liam is a smooth talking charmer, but when the police accept his disappearance as suicide, his older brother Tom finds it difficult to believe and needs to discover what happened.

Andi has a very different view of her brother Liam, and always considered him a disruptive influence, but she has her own problems. She and her husband are separated, and their teenage twin daughters are causing difficulties.

While Tom is clearing out Liam's apartment a woman claiming a romantic involvement with Liam steals some of Liam's papers. Tom receives a guarded warning from lawyers about the woman, but they are reluctant to give him more information until he finds evidence that Liam was involved in something more sinister. Meanwhile Andi is convinced she is being followed.

As Tom discovers what led to Liam's actions, Andi and her daughters are in extreme danger, leaving Tom to realise that truth may have too high a price.

Lies of the Dead is part mystery, part thriller with a little romance, suspense and lots of twists and turns.