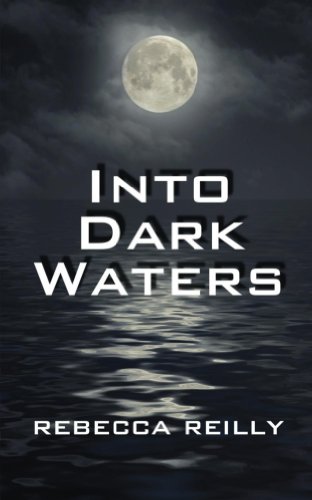 about this book: For me, cruising is the perfect vacation. I can write, read, jog, sleep, and of course, eat. The phone never rings, my boss is thousands of miles away, and I have no choice but to relax. Because of all those fabulous benefits, I find cruise ships to be a fertile ground bursting with ideas to write about.

The story behind Into Dark Waters began to take shape on my morning jogs around the top deck on my first Hawaiian cruise (I took a second Hawaiian cruise later that year just to make sure my ideas were sound).

I wondered, what would happen if a man brought his wife on a cruise, and his mistress showed up to surprise him? How would he react? What steps would he take to keep the two women apart? What consequences would they each have to face? And finally, how could I make him suffer?

From there, I threw in a serial murderer and the sexy, sea-sick cop who must catch him, added the quirky characters that abound on cruise ships, and then spiced it up with exotic Hawaiian locations.

When another young woman disappears off a Sunburst cruise ship, and the police label it a probable suicide, Detective Jim Tanger goes ballistic. Still reeling from his wife's apparent suicide three years ago, Jim vows to hunt down all the evidence and find out what really happened. Something he has failed to do for his wife. When an inordinately high number of single women sign up for a thirteen-day cruise to Hawaii, Jim is forced to go undercover to protect the women and find a killer. After three years as a recluse, Jim is not sure what he fears most, seasickness or talking to females.

Julie Cooper places her husband Joel on a pedestal. Just like her mother placed her father. Caring for him, bearing his children (though she has been unable to accomplish this yet), and taking care of him gives her joy. True, their marriage has mellowed from passionate to comfortable, but she has plans to ignite the spark again on their cruise to Hawaii.

Joel is fond of Julie and glad he married her. But right now he is shooting up the corporate ladder and the benefits have gone to his head. Remembering his socially awkward youth, half of him is surprised at the money he is making and the prestige he now enjoys. The other half is positive he earned it. For the first time in his life, Joel believes he is irresistible. Why wouldn't he? Kim Rochelle, every man's fantasy, seduced him and now warms up his private office on a regular basis. Too bad he'll have to leave Kim when he cruises to Hawaii with his wife.

Into Dark Waters has adult content, but it is not sexually graphic.

• "This is a great read. Great character development with several twists to keep the pages turning. The author keeps you guessing until the end! Similar style to Nora Roberts."