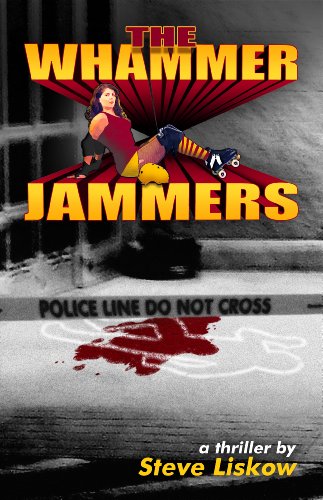 about this book: Remember roller derby from TV back in the eighties, or even the fifties?

Well, it's changed, but it's still alive and well, with over 900 leagues competing in nearly forty countries throughout the world.

Steve Liskow's daughter and Web mistress, formerly the captain of the Queen City Cherry Bombs in New Hampshire, inspired him to write this book and opened the doors to interviews with players from nine teams in four leagues. Along the way, he became a fan of the new improved Flat Track Roller Derby and is now friends with over thirty skaters on five Connecticut teams (many of them send him birthday greetings on Facebook).

Suspended Hartford cop Tracy "Trash" Hendrix hires on to protect the New Britain Whammer Jammers roller derby team from vandalism during their practices and discovers that one of the skater is being stalked by an ex-boyfriend. But that boyfriend ends up dead, and Hendrix discovers he has bigger problems when one of the skaters is killed in a drive-by shooting, and a women's shelter where another one works is burned in a fire of "suspicious origin."

Then Hendrix discovers that someone wants to avenge the killing that got him suspended in the first place.

Everybody has an alibi some of the time, and everybody has a grudge against someone else most of the time, but the clues lead back to the roller derby bout all the time. Tracy Hendrix and his partner Jimmy Byrne (AKA "Trash and Byrne") need to figure out how all the pieces fit together before the wheels really DO come off.