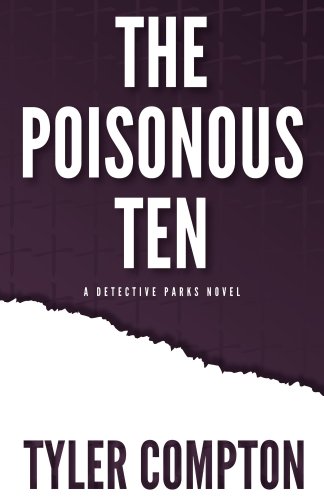 about this book: Detective David Parks is battling his standing within the Los Angeles Police Department when his former partner is accused of planting evidence to bring a child killer to justice. After returning from a three week required "vacation," Parks is brought on to solve the murder of a mysterious woman found alone in an empty house. She appears to have been poisoned, the victim of cyanide, which has turned her blood purple.

Forensic toxicologist Jacqueline "Jackie" Isley is brought in to help Parks solve what becomes a series of gruesome murders: A famous photographer bleeds to death from his eyes. Another man is poisoned with a toxin taken from an exotic fish. A woman's own body chokes her to death as it shuts down, organ by organ. Each body the victim of a different poison, each more exotic and painful than the previous.

As the body count builds, Det. Parks' team discovers a symbol meticulously carved into various parts of each victim's body. This sends Parks on a path that goes back to an ancient society of assassins trained to rid the world of evil and sin via poison. Has someone picked up this ancient tradition? Or is there a more simple and more personal reason behind the killings?

Det. Parks and Dr. Isley slowly find themselves becoming closer to one another, despite Parks' troubled past and Jackie's teenage son. But as their feelings for each other intensify, Parks discovers just what he's willing to sacrifice and how far he'll go in order to stop a killer whose thirst for justice knows no limits—and whose obsession for vengeance knows no ends.