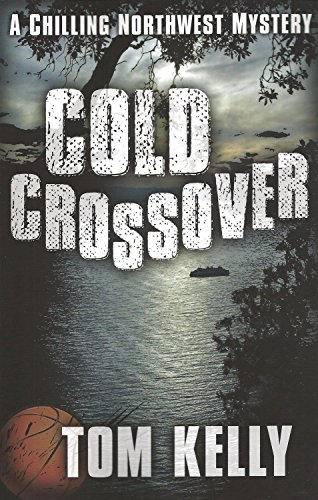 about this book: The relationship an athlete has with his or her coach can be one of the most memorable in life, especially for young people. We sometimes hear "my high school coach was really a father figure" not fully understood until later in life. Cold Crossover is the first in a series of books about a retired high school basketball coach, now selling real estate, who eventually is coaxed back into coaching. He brings with him years of wisdom and logic and he calls upon those resources in Cold Crossover when the old coach gets word that his former star player has gone missing aboard a late night ferry boat. The coach's search turns up greed, gold, old family feuds, mystery and murder. Here's what two national reviewers wrote:

• "Cold Crossover is a riveting mystery based on the drama of small-town high school basketball, complete with the missed shot no local will ever forget. Along the way, Tom Kelly takes the reader from the Northwest's wild frontier days to its equally crazy present as a real-estate mecca. Kelly weaves the ferries, crabbers, and timber-men of his region into a timeless and page-turning tale."
— Jim Ragsdale, Minneapolis Star-Tribune

• "Kelly clearly knows his territory, including the energy and emotions surrounding a state high-school basketball tournament. A successful merging of past and present, Cold Crossover catches some colorful characters along the way to its captivating climax."
— Alan J. Heavens, Philadelphia Inquirer