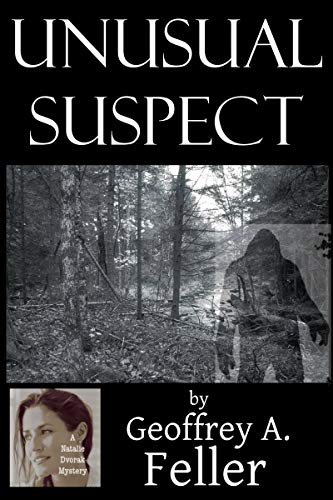 about this book: For the third installment in the Natalie Dvorak Mystery series, I revisited an old idea I'd had for a novel involving bigfoot hunters. Ever since I was a kid, I've been fascinated by the idea of a bipedal creature lurking in the deep woods, far away from human population centers. My tendency to rationalism keeps me from being a true believer although I'd love to be proven wrong about the Sasquatch legend being more wishful thinking than anything else. When I saw a report about bigfoot sightings in the very section of Vermont in which Natalie Dvorak is supposed to be working, the notion of combining the mystery & monster genres was irresistible! Of course the ongoing romance between Natalie and her boyfriend - whose wife isn't ready to give him up while their teenage daughter is caught in the middle - has further development in this sequel.

I hope that my depiction of the group of Sasquatch researchers comes across with the intended respect and affection I was aiming for. I again tried to work the technological limitations of 1982 into the plot itself to a small degree; one key discovery has to do with a vintage rotary-dial wall telephone, for example. I had a nice review of this book recently in which I was praised for doing "an exemplary job of writing a female main character." It's just the kind of feedback I had been hoping for when I began this series.